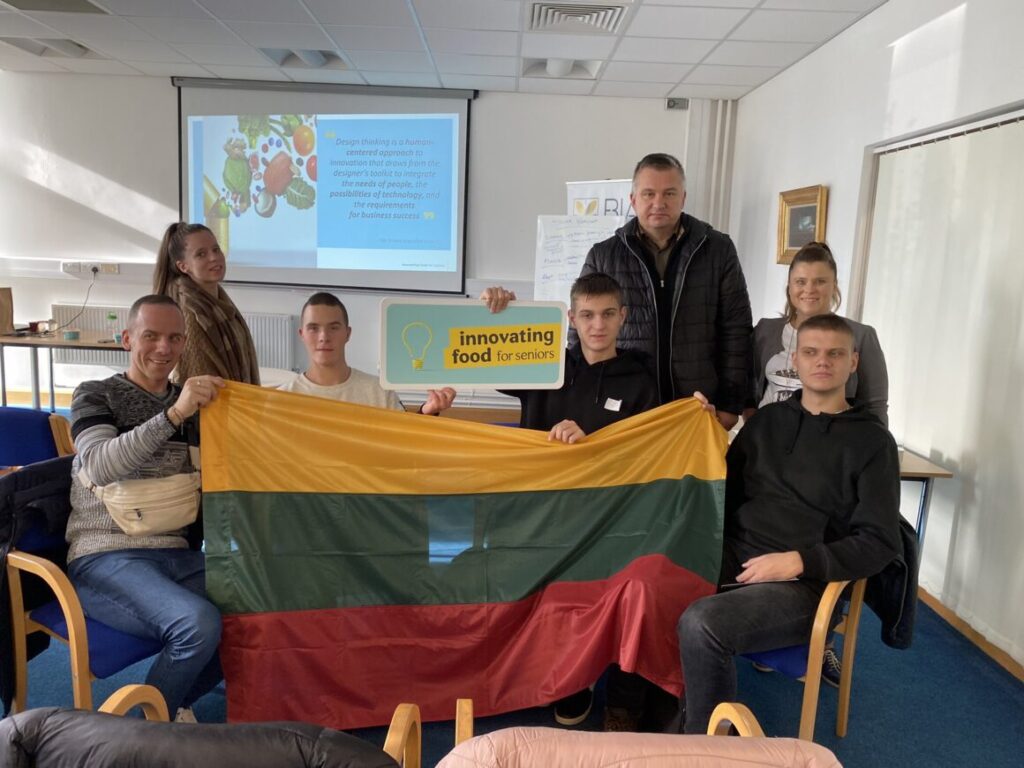 We recently organised an event to publicly showcase the outputs of the PIFS project and increase the visibility and uptake of the project outputs amongst the most relevant stakeholder organisations. The event took place at the new BIA Innovator Campus, Athenry, Co. Galway, and one of the main focuses was the FUTURE of FOOD in Europe. We […] 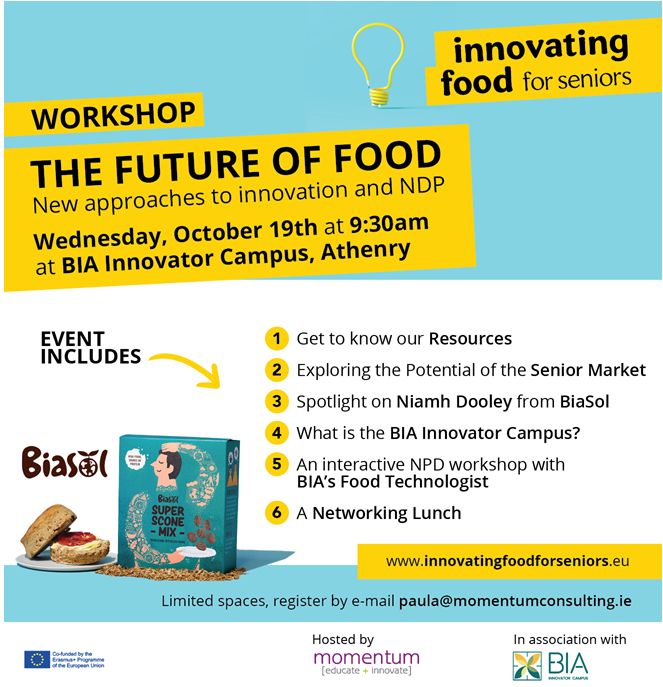 Are you working in the food sector in the Galway region? Would you like to learn more about the potential of the Senior Food Market? On October 19th, we are hosting an event in conjunction with Bia Innovator, where we will introduce you to our wonderful Innovating Food for Seniors – PIFS Project. Over the […] 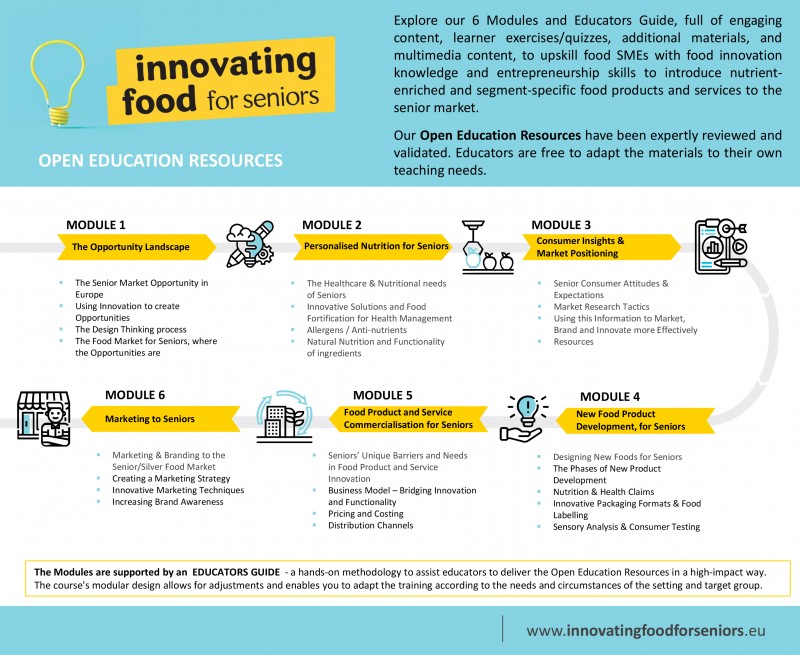 The Pioneering Innovative Food for Seniors (PIFS) Project has been an enormous success. The Open Education Resources is a new, free, and open access training model that curates different areas of knowledge and skills development in the high-growth area of food for seniors. The team have created six modules aimed at food sector trainers and […] 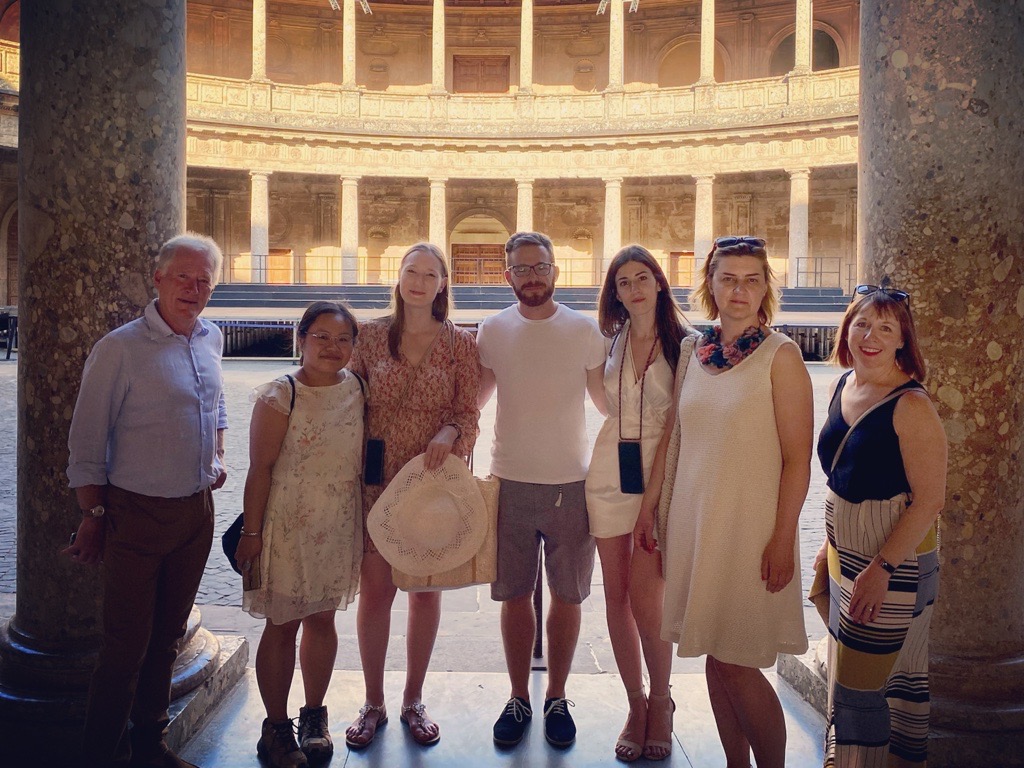 Last month Paula went to Granada, Spain for the transnational project meeting of the PIFS Project (Innovating Food for Seniors). Together with partners from Germany, UK, Lithuania and Spain we are developing learning resources for food companies to innovate and commercialise nutrient-enriched foods for our aging population. Europe is home to the oldest population in […]